I was so excited when I was chosen to be a pattern tester for the first time. I tested the No Show Briefs pattern by Greenstyle Creations. I had applied a few times to be a tester and had yet to be accepted so I didn’t really expect to get picked this time. As the initial excitement of being chosen began to fade, and the realization that I would in fact be posting pictures of myself in my underwear on the internet hit, nervousness sunk in.

I chose to test the high rise version but there are also low and mid rise versions as well, even a full tummy adjustment is available for some of the larger sizes! The sizes run from a 32″-62″ hip. The No Show Brief requires fabric with 75% stretch that doesn’t roll when stretched. I used a “Matte Look Actionwear 80% Nylon 20% Spandex” from Fabricland for my briefs. I love the fact that the No Show Briefs don’t show under the leggings that I wear daily. The fabric choice is very important though, or else your underwear will show under your clothes. The No Show Brief is a quick sew and I made three pairs over the course of the test, all from large scraps leftover from other projects!

As it turns out the pattern is quite flattering. So much so that taking pictures in this underwear was basically the same as getting my picture taken in a bikini bottom and a T-shirt which makes it much less nerve wracking to post these pictures than I thought it would be. I really enjoy the No Show Briefs pattern! They are so comfortable! 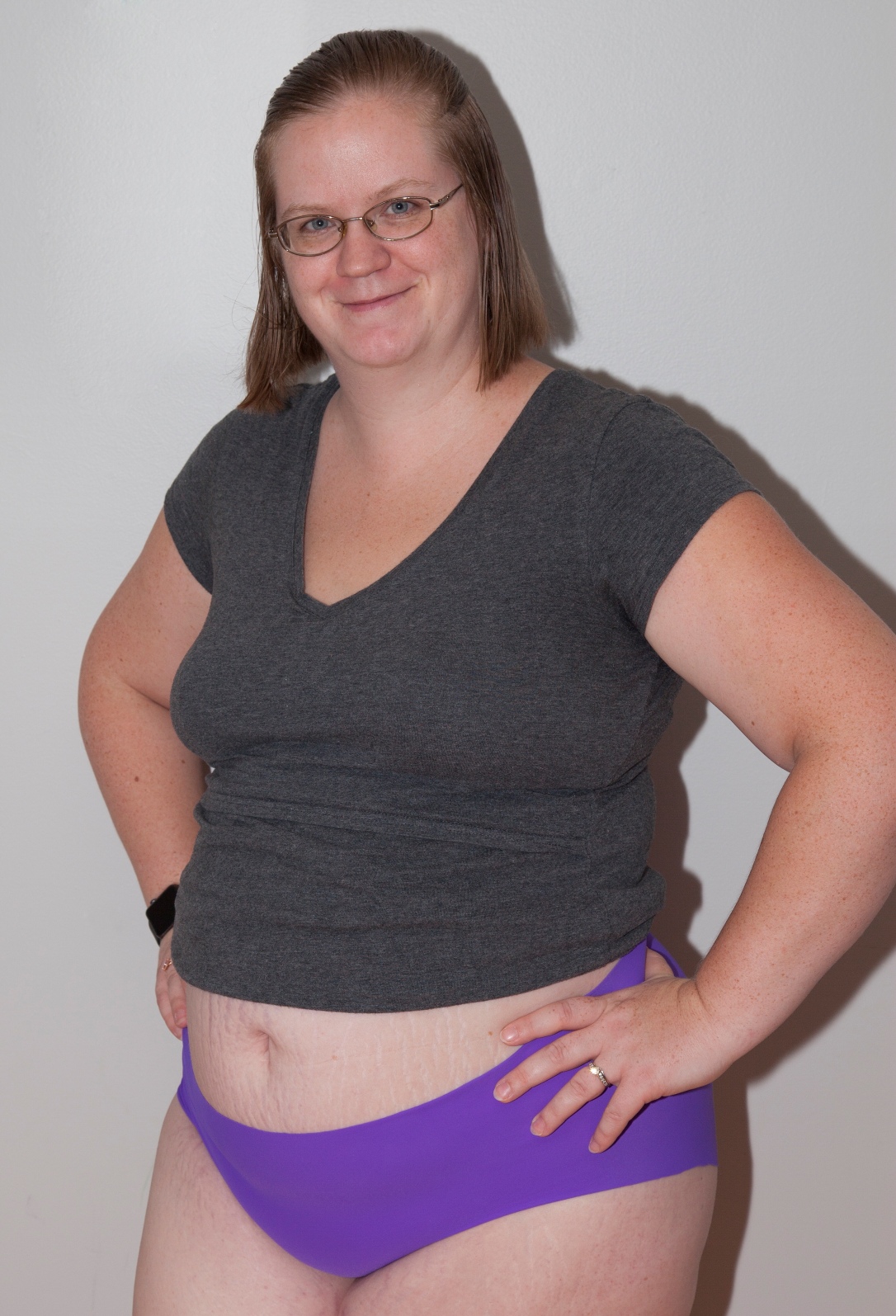 The testing process was fun too. I enjoyed being able to give feedback regarding the fit, and then making a new pair and seeing the adjustments that were made. It was neat seeing some of what goes into making sure a pattern fits everyone and how much work goes into just the final few versions of the pattern! I can’t imagine how much work goes into the early stages of pattern making!

I would definitely recommend the No Show Brief to anyone! They are a quick, easy sew that is flattering and comfortable. They are currently on sale for $5 (US) until Friday August 30th, 2019.